Come On, Let’s Do Tapas!

(This post is long because it has lots of photos, lots of food — so if you’re busy right now, wait to read it till later, and then dive in!)

In Spain, people don’t even THINK about sitting down to eat until after 9 pm. Restaurants don’t begin to fill up until 10 and 11 in the evening. I would perish of hunger if I did that —

Actually Spanish people get hungry earlier too. They just don’t have dinner until really late. In the meantime they go out to their favorite bars for wine and tapas. What are tapas? They’re what we’d call snacks, or finger food, or canapés, little tidbits ranging from the simple, olives and almonds, to elaborate concoctions of meats and vegetables and sauces, but always in small raciones, or portions. Don’t want to spoil the appetite for the big dinner! At lunchtime also people often take the opportunity to check in at a favorite tapas bar for a few bites to tide them over until the midday meal.

(Which won’t prevent them from doing tapas again later. What is perhaps the most amazing thing about this glorious festival of eating is that Spanish people in general are not only not fat, they are lean and fit. It must be genetics. Or something in the water.)

One of the best restaurants in Northampton is — you were waiting for this, weren’t you? — is the tapas wine bar called Ibiza. We just discovered it last month and have been there twice since:

We went with granddaughter and boyfriend, a good thing to do, not just because the young people are fun to be with, but with four people you can order twice as many tapas and get to taste them all! Tapas are for sharing. So I’d like to share these with you: 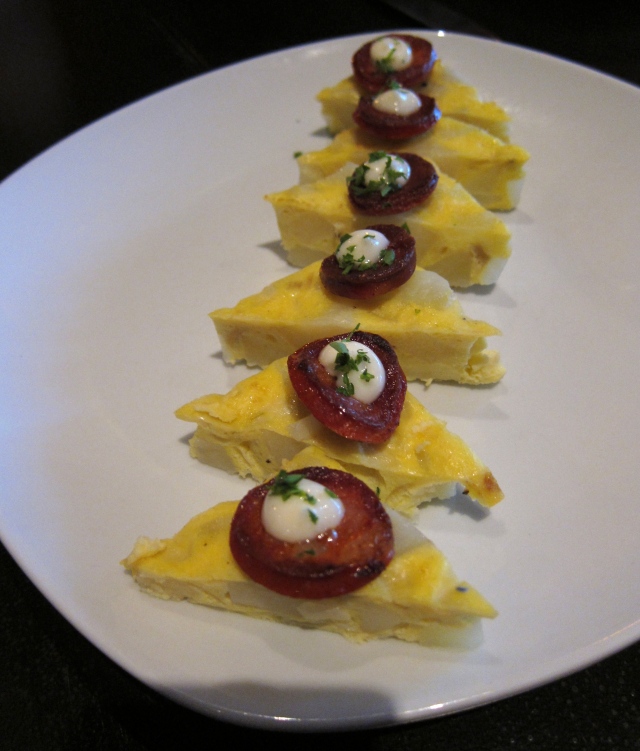 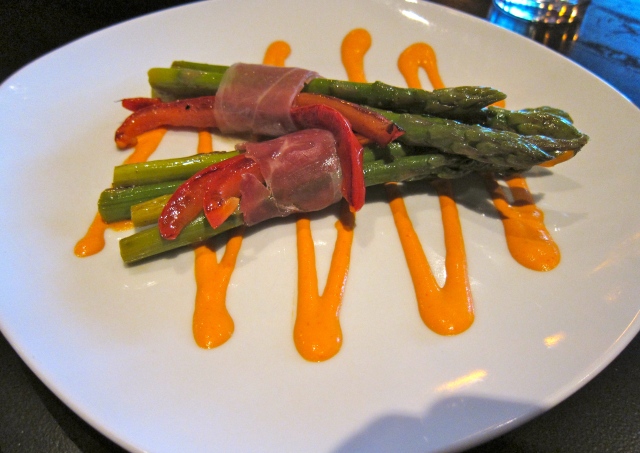 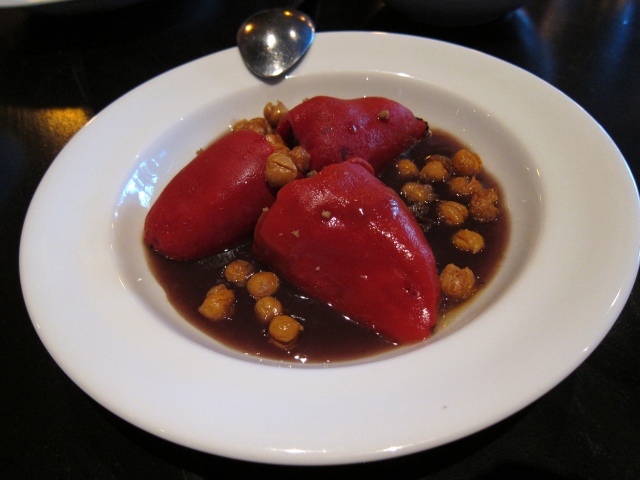 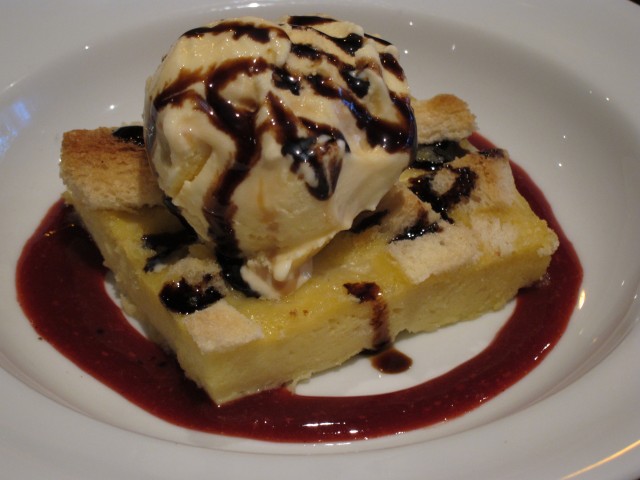 Frankly just looking at the photos makes me feel calories settling in on my hips but it was WONDERFUL. And if any of you are ever in Northampton, besides parking in the unique parking garage, and visiting the Forbes Library, and strolling through Look Park (see lots of previous posts), we can go together to Ibiza and pig out on tapas.

And if your Spanish is a little rusty: Good health and money and love, and plenty of time to enjoy them!

This entry was posted in Cooking, Dessert, Food and tagged Food, Spain, Tapas. Bookmark the permalink.

24 Responses to Come On, Let’s Do Tapas!