The way journeys used to be — 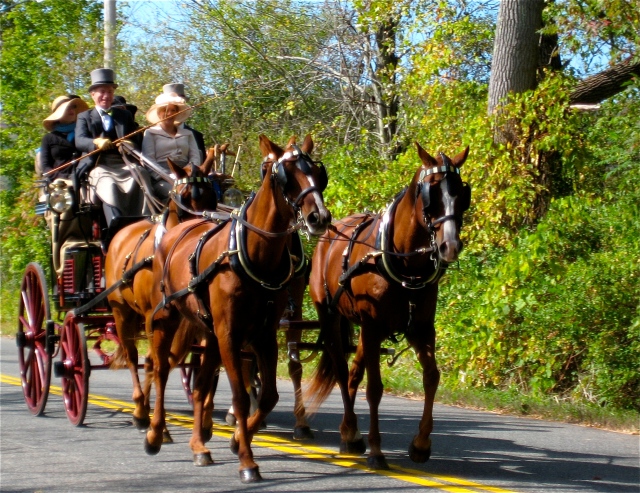 is the way they’re revived every other year in the Berkshires of Western Massachusetts on Coaching Weekend. Some dozen or so four-in-hand coaches in the Gilded Age tradition roll out from Orleton Farm in Stockbridge. The horses are splendid, the male passengers top-hatted and formally attired, ladies sport elaborate hats, coachmen blow long coaching trumpets —

THE COACHES ARE COMING!

One by one they rattle down the road, the passengers  from the past occasionally waving or tipping their hats — The horns blaring — We gazing up from the road, tugging on our forelocks (well, kind of) — and then the coaches are gone until next time — 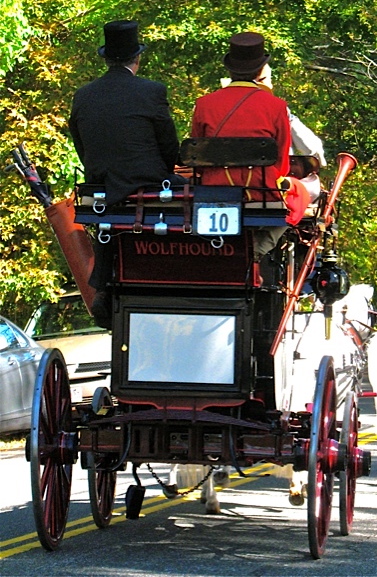 The last Coaching weekend was in October of 2011, so the next opportunity to watch this amazing spectacle will be in 2013. Stay tuned —